Nativity scenes for Brad and Carol

Dear Readers, I am dedicating this post to my dear friends Brad and Carol in California. Carol has a collection of roughly 300 nativity scenes which she proudly displays at the holidays; I have been tasked with trying to find some in various countries where I’ve traveled but so far I’ve always come up short. I am using this medium to share some pictures with them because it works well to be able to display photographs in a good space that allows for  considerable detail.

These five nativity scenes, among many others, live at the Museum of European Culture in Berlin, the topic of a previous post. However in that post I only showed one of these lovely creations, and here is a review of all the ones I was able to photograph.

The first scene is from the Provence region of southern France, and features “santons,” or small saints, typical of the region. Farmers in regional garb and various tradesmen complete the scene around the Holy Family. This is a mid-twentieth century imagining of life in more medievally times: 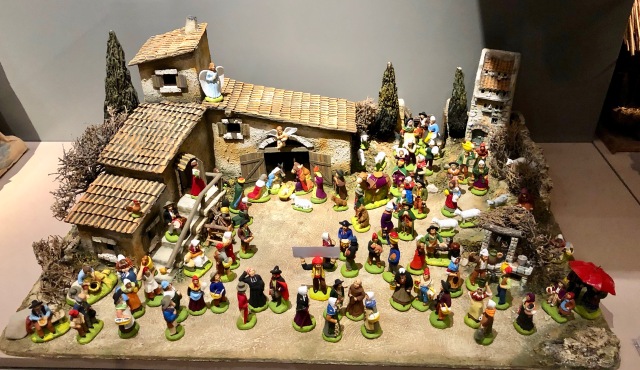 The second scene is a terraced nativity scene made in Munich in the 1970s but modeled after an original from Moravia, Czech Republic:

The third scene is from Mexico, a piece of ceramic based on the theme of the tree of life. This lovely artifact was produced by the potters of Metepec, a Mexican city. It’s nearly a meter (yard) in height: 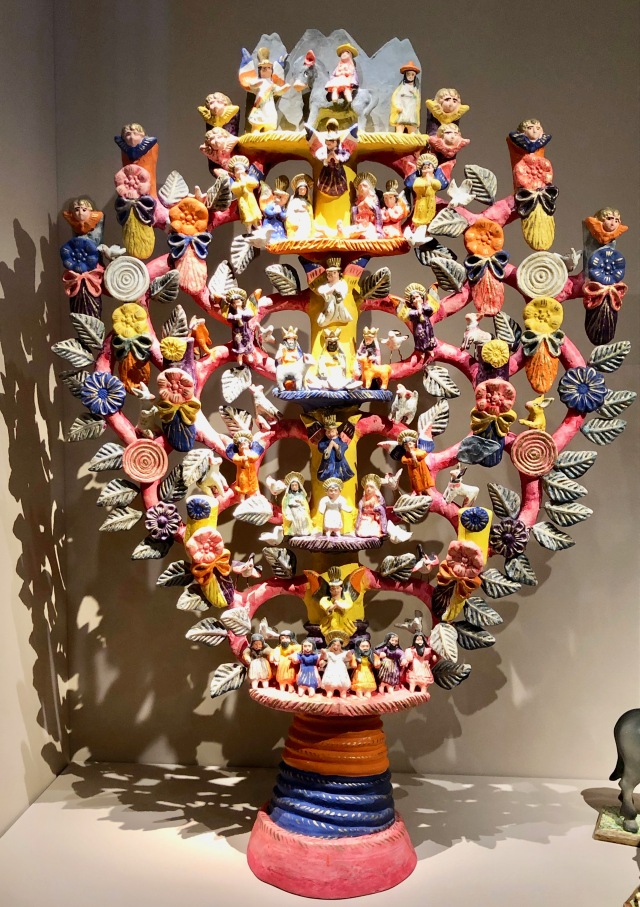 This fourth delightful scene is from southern Italy. I am most fond on the donkey on the left,  the kind of donkey who always has to have the last word:

And finally, the most unique scene in the museum, in my opinion. Crafted in the early years of the 20th century in Spain, this stone rendering requires the maximum imagination: 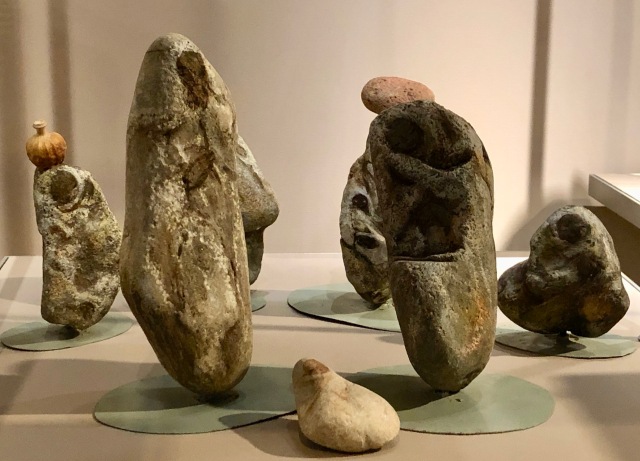 Carol and Brad, Let me know which one you want, and I’ll begin negotiations with the museum posthaste.

Best to you both, and much love.

This entry was posted in Berlin and tagged Museum of European Culture, Nativity. Bookmark the permalink.

1 Response to Nativity scenes for Brad and Carol