I landed in Tokyo Tuesday evening after a 12-hour flight, added to a time difference of +13 hours from Portland, Maine. To my great delight and tremendous relief, former student and current friend Koji made the trek up from Osaka where he lives and works to meet my plane one night and see me safely to the shinkasen (bullet train) the next day for my final leg to IUJ.

I could write a whole blog about my first impressions of Tokyo, but that must wait for another day. Suffice it to say it is, with its nearly 40 million inhabitants, the most overwhelming place I have ever seen, and this from a gal who usually eats big cities with a spoon. What keeps the place from being a dystopian nightmare from my point of view is that it is 1.) quiet (yes, quiet), 2.) safe (extremely safe; people can doze on the subway with open handbags) and 3.) obsessively well organized and full of directional information IF you can puzzle out maps and diagrams (to say nothing of the kanji). Thanks to Koji, we made our way to the hotel Tuesday night and back out and over to the correct shinkasen station Wednesday morning, no simple task either. 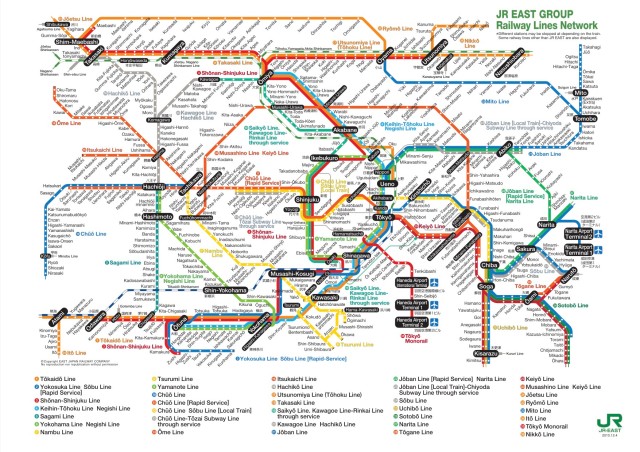 The shinkasen lived up to its reputation for being prompt (the record is 18 second late on departure) and fast. Unfortunately for me, once we left the sprawl of the city and suburbs and reached into the more scenic parts of the country, we entered a series of tunnels (through the mountains keeping the tracks level and smooth) and THEN is when we went really really fast. So just imagine a train ride in the middle night whooshing along at speeds up to 200 mph. Keep breathing.

Fortunately, it wasn’t long before we stopped at the Urasa station near the university and I could reclaim my land-lubber status. One of my colleagues was there to collect me and transport me to school, bless his heart. So here’s the first view one gets of my new home: 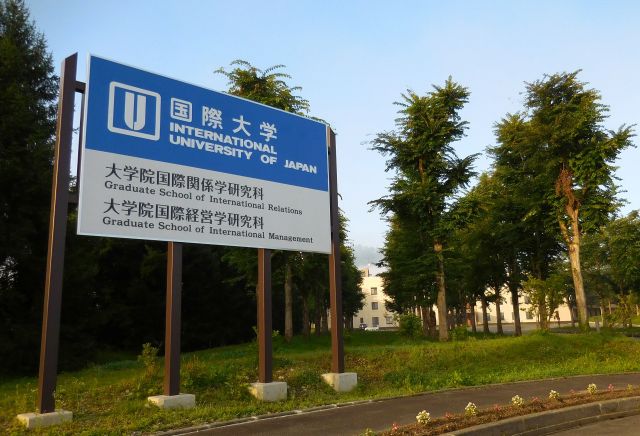 Just a little farther and the main building comes into view:

This is the front facade of a square edifice that contains all the administration and classroom buildings around a central courtyard. Functional rather than aesthetic, I’ll save those shots for another time. Continuing around the campus counter-clockwise, one sees…

…the back of the computer center and library (smaller than it looks) on the left and the Institute for Japan-US relations on the right (my office is located on the third floor, one of the windows you see there). Yes, an office, complete with a name on the door (correctly spelled), and a lot of empty file cabinets and bookshelves. The theory is that the Text Skills (writing and reading) faculty need individual offices for the weekly tutorials (30 minutes each for ~12 students ) we hold in addition to the daily classes. Ah, the power of the written word.

Moving right along, I turn slightly from here to show you a view of the countryside:

…before stumbling over a warning for the unwary who might think to walk carelessly too far into the nearby hills:

…so I’ll stick to the paved roads for the moment. Almost completing the circle around campus (I didn’t photograph the tennis courts or the student dorms), here’s the backside of my faculty housing building, but it’s the way I enter, so here you go. My unit is somewhere in the middle:

All the comforts of home

…and finally this is a view toward my residence from the main entrance. A 90-degree turn to the right would put you smack in front of the main building again.

Finally, a shot of the place where I am sitting at the moment – the building that contains the cafeteria on the bottom floor and the “Snack Lounge” on the second, seen on the left:

(You’ll notice the long low pathway to the left of the cafe and in the back – these and others cross campus to shield people from the massive snow in the winter and the heavy rains in the summer.) The lounge, a medium-sized room with seven round tables and chairs and a bar in the back with a TV, has two strong attractions for me. First is the availability of excellent wifi (all attempts to install it in my abode have been unsuccessful to date). But the second and most most important aspect for someone going through jet lag (OR hardworking faculty and students for that matter), the Snack Lounge features several of the ubiquitous Japanese vending machines chock-a-block full of all the various upper-and-downer beverages one could possibly want or need – coffee, juice/soft drinks, and beer: 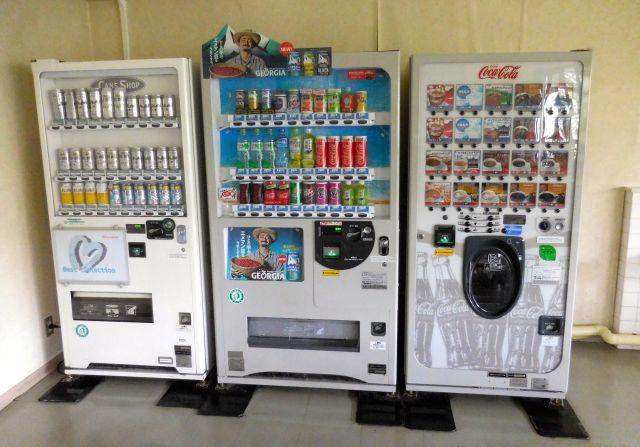 The cappuccino isn’t bad, and it’s only 60 yen

Pay no heed to the fact that the ostensible coffee machine in the middle holds the juice and soda while the Coke machine on the right dispenses coffee. As long as you know what you want, it works. But wait! What if the midnight munchies attack and the cafeteria doesn’t open again until 11:30 am? Ever prepared, the Snack Lounge has your back. I haven’t yet given these offerings a go, but the summer is young:

…which begs the question, what exactly  are formal frozen foods?

I’ll leave you one last shot of a local resident, a lot less terrifying than the alleged bears. He and his relatives create a lovely soothing nocturnal symphony that lulls me to sleep in the evenings. One must be cautious, though, during the day not to harm him with an unheeding step:

More soon, I hope. I don’t quite understand how I have so much to say about a country that I’ve only inhabited for less than a week but there’s a way in which new sights and impressions really get my imagination rolling. I hope to have another blog comparing and contrasting the IUJ with Batumi (you’d be amazed) and also one on the astonishing number of rules and regulations that seem to govern life here in Japan. Oh, and then there’s the job thing. We’ll work it out.  “Mata ne!” (See you!)

This entry was posted in Japan, Travel - sites and tagged IUJ. Bookmark the permalink.